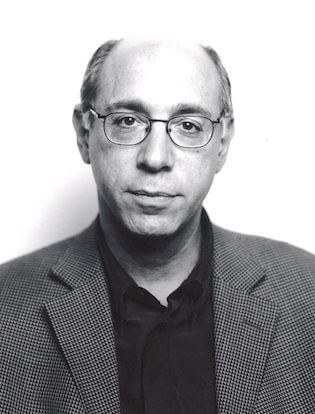 Howard Greenberg is one of the world’s foremost photography dealers. He is an authority on 19th and 20th century photography, and has been an acknowledged leader of establishing its value on the fine art market. In recognition of these efforts, and his matchless collection of more than 30,000 photographs, American Photo magazine proclaimed Greenberg one of the 25 most important people in photography in 2005.

Employing his keen eye for artistic value and a unique historical perspective, Greenberg has built a reputation for rediscovering significant photographers from the past and establishing a market for their work.  He represents and exhibits photographs by many of the acknowledged masters, including Alfred Stieglitz, Edward Weston, Jacques-Henri Lartigue, Walker Evans, William Klein, Bruce Davidson, Saul Leiter, and Henri Cartier-Bresson. Greenberg also represents the estates of Edward Steichen, Arnold Newman, Roman Vishniac and Martin Munkacsi.  More recently, Greenberg has added mid-career contemporary artists to the gallery’s roster including Edward Burtynsky, Joel Meyerowitz, and Frank Gohkle.

Since the gallery’s inception, Greenberg has published more than 40 photographic catalogues and books. The gallery is currently working on a long-term series of publications with Gerhard Steidl and Lumiere Press.

Greenberg began his career as a freelance photojournalist when he moved from Brooklyn to Woodstock, New York in 1972.  Prominent newspapers and magazines such as The New York Times, The Washington Post, and The Woodstock Times published his work.  He was also featured in several solo exhibitions.

In 1977, Greenberg founded the still active Center for Photography in Woodstock, a non-profit gallery and educational institution.  In 1981, he entered the commercial side of photography by establishing the Photofind Gallery, which exhibited and sold prints.  In 1986, he moved Photofind from Woodstock to New York City. Five years later, the Photofind Gallery became the Howard Greenberg Gallery. In September 2003, after 18 years in SoHo, Howard Greenberg moved his gallery to the Fuller Building at 41 East 57th Street.

Museums, galleries, educational institutions, and industry associations frequently seek Greenberg’s expertise.  He has curated many critically acclaimed exhibitions, including Edward Steichen: 1915-1923 (2009); Bruce Davidson: East 100th St., The 1970 MoMA Show (2009); Minor White: Eye Mind Spirit (2008), Czech Vision (2007), and Appeal to This Age (1995), a pictorial overview of the civil rights movement. He has lectured on topics related to the history of the medium and the building of a collection at art and educational institutions like New York University, George Eastman House and the Santa Barbara Art Museum. Greenberg has served on the juries of competitions sponsored by prestigious organizations such as the W. Eugene Smith Memorial Fund, and is currently a member of the Association of International Photography Art Dealers (AIPAD, 1984 to present), and The Art Dealers Association of America (ADAA, 2008 to present). He served on the board of directors of AIPAD from 1987 to 1994 and currently is the President of the Board of the Center for Photography in Woodstock. In 2004, the gallery received the “Photo Gallery of the Year” award from the Lucie Foundation, in 2009 Greenberg was honored by the Aperture Foundation for his contribution to the field of fine art photography and in 2012 received a lifetime achievement award from the George Eastman House.

Greenberg’s personal photography collection was the subject of three major museums shows at The Musée de l’Elysée in 2012 and the Fondation Henri Cartier-Bresson in 2013 and The Jewish Historical Museum in 2014 accompanied by an exhibition catalog published by Steidl.