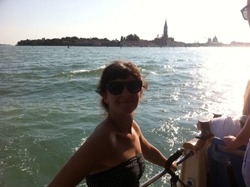 JODIE VICENTA JACOBSON was born in Paonia, Colorado in 1977 and lives and works in Brooklyn, New York. Currently, she is a working artist represented by Yancey Richardson Gallery, NY and FOIL Gallery, Tokyo where she will have a solo exhibition in 2012. She is Curator-at-Large for Blind Spot Magazine & Photo Based Art as well as a Part-Time Faculty member at Parsons the New School for Design where she is an Instructor in Photography and Photography History/Theory.

After receiving her BA from Colorado College in 1999 and her MFA from CUNY Hunter College in 2004, she has participated in several solo exhibitions in New York as well as numerous international group exhibitions including Greater NY 2005 at PS1/MoMA Contemporary Art Center. Jacobson’s pictures were featured in Blind Spot Magazine Issue 30 and reviewed in The New Yorker, The New York Times, ARTFORUM, The Village Voice and Time Out NY among others. Her work is included in the collections at the Albright Knox Gallery, Buffalo, NY and the Akron Art Museum, Ohio. Her past curatorial projects, primarily at The Horticultural Society of New York, where she was Curator from 2004-2009, include exhibitions with Carol Bove, James Welling, Ann Craven, Darren Almond, Peter Coffin and Tactia Dean among others.

Jacobson also serves on the Board of Directors of Denniston Hill, a non-profit arts organization in the Catskill region of New York State highlighting artist residencies and an organic, experimental garden where she curates an annual film screening amongst the vegetables.  Jacobson expects the first monograph of her pictures, ‘Prism’ to be published in 2012 concurrent with her solo exhibition in Tokyo.