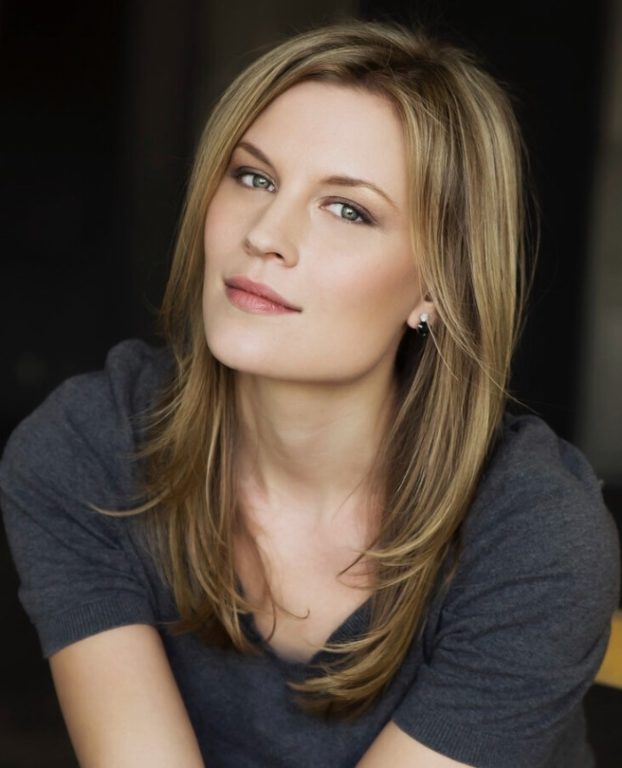 Q: I can’t help starting with your name. What’s the story behind the mysterious abbreviation?

A: It’s a fairly straightforward story and not so mysterious. Julia happens to be one of the most common names in Sweden and in order to differentiate from all the Julia’s in my elementary school class, the teachers used our initials. That sort of stuck as I grew up and when I moved to the States no one was able to pronounce or spell my two last names, so I decided to stick with SH to make things easier. Now I’m too far into my career to change it back so I guess I have to live with the consequences.

Q: Tell us a bit about your early years in Sweden. How do you think the Swedish mentality affected your mindset?

A: I was always encouraged to explore my own interests, some of which may have been considered a little bizarre from the outside. My favorite activities included horseback riding, smearing ketchup on my face and then running through the forest screaming, lying in wet grass and listening to film music and photographing the neighborhood children as religious icons. I grew up in an environment where I was really free to express myself creatively. I never quite understood just how “liberal” Sweden was in terms of physical expression until I moved to London at 18 and gave a male classmate a hug. He froze like an ice popsicle and then kept trying to ask me out for a whole year. Everything physical I did over there — things which were perfectly undramatic in a Swedish context — seemed to be read as sexual behavior, which I thought was strange. When I moved to the U.S, whatever I did with my body was considered even more highly charged. This became the starting point for a lot of my work. I think suggesting that the female body is first and foremost a sexual vessel is toxic for so many reasons. It’s a wonderful machine, capable of so many things, but so frequently it’s reduced to a mere object, judged by its capability of attracting the sexual desire of a man, or the envy of another women. I’ve never felt so physically disconnected from people as when I moved to the U.S.

Q: When did you discover photography and how easy was it for you to go down that road?

A: We had a mandatory darkroom class in the 9th grade and me and my cousin got hooked straight away. We’d been broadcasting a lot of pirate radio before that — mainly consisting of us hosting burping competitions live on air — but the visual was a lot more appealing than to me than audio. We began styling each other for photo sittings. Very quickly photography became a way for me to connect with people, especially female subjects. I was an extroverted but pretty anxious teenager, so it was a nice way to break down barriers with people I wouldn’t normally socialize with or even dare to talk to. From behind the camera I felt in control. I was constantly seeking to bring out what I thought was most beautiful and interesting in people.

Q: You moved to London to study. How is that environment different from what you were used to, and how did it shape your career?

A: I was not prepared for how little structure my art programs provided, but it was a terrific place to explore new ideas and be surrounded by interdisciplinary artists. I specialized in film, video and performance at the time and I really thought I was carving out a directing career for myself. Little did I know how competitive that profession was, especially in the U.S..  Photography came back into my life as a medium where I could still feel the creative gratification of film, but with a beginning middle and end that I could be in control of, without having to wait for outside permission and finances to complete a project.

Q: You’ve said that you were fascinated all your life with the human form “in all its iterations”, and especially interested in the female body, focusing mostly on body types that are usually underrepresented in photography, and putting them into a fine art context. How did this all start?  And your winning project in IPA, “Studio Practice” is also such a project. Tell us about the idea behind it.

A: I fell into a creative dark void after I moved to the U.S; mainly because I was struggling with finding my feet over here, maintaining a job where I wasn’t constantly feeling taken advantage of and trying to get all my legal paperwork in order…which was a long ordeal because the employer that was supposed to be sponsoring my green card actually turned out to be a criminal and made my life a living hell for over a year and a half. Around this time a former classmate from London, who had just opened up a gallery in Argentina, contacted me and asked if I had a piece I wanted to exhibit there. He asked what I had been working on; I made up some lie and decided that this was an opportunity I didn’t want to squander. I panicked for well over a week about what to make. I had already decided I wanted to photograph women because it came naturally to me, but I found it impossible to put clothes on them because it distracted me too much from the sculptural shapes I wanted to arrange them in. Eventually I decided that they just needed to be nude and I got really lucky working with amazing models, a terrific production designer and cinematographer who came in to facilitate my vision. I knew I was onto something. I wanted to keep on exploring. After this particular series, I deliberately looked for women with body types and faces not frequently represented in mainstream photography, as I never knew what to make of models with “perfect” bodies and symmetrical faces. I fall in love with and obsess over the qualities that retouchers and commercial photographers often consider “imperfections”.

Q: How did you find your models?

A: I met this wonderful model, Angelina Duplisea, a few years earlier when I was working on a VFX project. I remembered her very well and had wanted to reach out to her about doing something again. A fashion and beauty magazine approached me about doing a series on plus-sized women, as they were relaunching to become more body-positive. I immediately thought of Angelina and asked if she had some friends that would be open to posing as well. She introduced me to Kristine and Isa, the other two models in the series. I was set on doing a nude series but wanted to craft it in a way where a viewers’ first remark would hopefully not be about the models being naked. I wanted a different first reaction. Seeing nudes in a museum or art gallery is often the only context where we are exposed to different body shapes and physiques without immediately using the traditional/sexual measures of what constitutes a “good”, “acceptable” or “beautiful” body. I connected with makeup artist Sara Tagaloa, who came up with wonderful textures to cover the models in. It was a straightforward shoot from there.

Q: What were the challenges involved in this project and how did it change your life?

A: The challenges in creating the series were the usual ones that come with self-funded projects; money, time and post-production. I am thrilled that we got this beautiful recognition and I know it means a lot to the ladies involved as well. The most important part of the exposure is the context in which the work was presented, the opportunity to see the pictures in a gallery/museum setting. This really helped emphasize the sculptural aspect of the series. So often, in my experience, when work is only available online, it immediately becomes an open target for unwarranted advice, faux concern and negative comment concerning my subjects’ bodies. Trolls like to point out either that I’m glorifying obesity (I somehow doubt these “concerned onlookers” are worried about the sexualization and glorification of the very thin, often underage, women we see daily in fashion editorials — where’s the concern for their physical and mental health?) or that I shouldn’t be making the work because I’m not plus-size myself (I may not be plus-size, but as a woman I can draw from my own reality in a body on the female spectrum, to highlight and play with society’s expectations and judgments). Angelina’s career has taken off quite a bit since we made the series and I know she’s taken the hardest blow of all in terms of online haters, but I applaud her for being absolutely unapologetic. She keeps making work she believes in, thereby empowering a lot of women of her size to feel seen and validated. That said, I believe she is a great role model for women regardless of their size, as we so often apologize about our appearance for no reason. I am obsessed with parrot videos and I was watching this woman on Instagram this morning who played with her lorikeet but tried to edit herself out of the video because she had just taken a shower and “looked like a mess”. I wonder what kind of message we send out to fellow women, especially more impressionable younger ones, when we keep on apologizing for our appearance out of habit. It’s completely absurd.

Q: What does this recognition mean to you?

A: The IPA recognition has enabled me to meet some absolutely terrific photographers and present my work in a professional context. This has inspired me to continue working on a new series that others have tried to talk me out of, citing “lack of commercial appeal” and “uncomfortable subjects” as their reasons. The main takeaway is that I am listening to my gut feeling. I’ve photographed so much over the years and my winning series was definitely a risk, but my most rewarding one. Seeing that a passion project can thrive in a context bigger than “body-positivity”, and be regarded as Fine Art, means that I’m finally being able to tie together my Fine Art background with modern societal themes that are genuinely meaningful to me.

Q: Finally, if you could dream big, what would you like to achieve in your career and/or in a more general sense? (Apart from stuffing a pillow with David Hasselhoff’s chest hair of course, as I saw on your Instagram).

A: Oh, I still want to do that. I actually submitted a grant proposal for that while I was at university, but it got turned down, so that’s definitely still on my bucket list. But in all seriousness, I would love to publish a book on the subject of the body, as well as find a suitable home for my three-year long photographic project “The Human Gaze”, which presents photographic variants of the naked female body that do not invite the viewer’s scopophilic gaze. Through this series, I have been photographing a large range of naked models who together embody multiple identity coordinates when it comes to gender, sexual orientation, race, ethnicity, age, ability. The bodies are situated along the whole spectrum of the female form. Each full-length portrait will be individually framed, highlighting the subject’s autonomy and cultivating an equalized, intimate exchange between viewer and subject. Basically, I want to showcase and lift up the badass women that inspire me and hopefully through my work and its exposure, they can do the same for others.