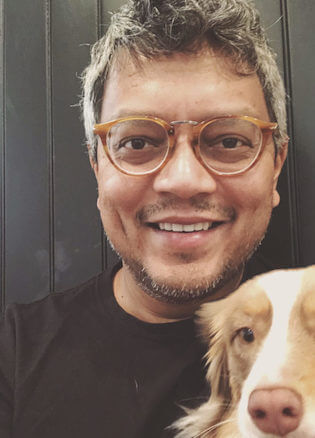 Kiran started his career at Ogilvy India, as a self-taught art director, with degrees in Economics and Public Administration. After stints at Lowe Lintas and Saatchi & Saatchi, he made his way West to a graduate art program in Texas. He was hired by The Richards Group, the largest US independent, where he spent a decade working on major US and global brands—Amstel Light, Bridgestone, Corona, Chick-Fil-A, Fiat, Hyundai, Michaels Stores, Summers Eve, and Vanity Fair lingerie to name a few.

A breakout commercial directing talent, Kiran made the New Directors Showcases at Shoot, LIA, and Kinsale Sharks while still an agency creative director. His work has won multiple Clios, LIAs and Epica Awards, and has been recognized by The One Show, Muse By Clio, Adweek, Adage, and Campaign Brief. BestAdsOnTV.com had him ranked in the Top 10 Directors, globally, in 2019.

He has a knack for impeccably art directed comedic story telling, with finely balanced performances. Now a full-time director represented by production companies worldwide, he continues to teach the advertising and art direction program as a faculty member at Texas A&M Commerce, his alma mater.

His students have won One Show pencils, Clios, and Lions, and they’ve ended up at places like Goodby, Leo Burnett, and Droga5.