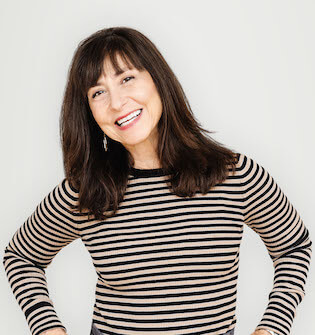 Lisa Kunst is an award-winning producer who has worked in the field for more than 20 years. In her role as an Integrated Content Producer at VMLY&R Commerce in Chicago, she brings her expertise to a wide range of media including print, out-of-home, broadcast/video, experiential, digital and interactive.

Lisa formerly produced work for Leo Burnett’s top national and global accounts including Procter & Gamble, Kellogg’s, Philip Morris, and Wrigley. She thrives on innovative thinking and creative challenges. With her seasoned eye for talent, and her ability to communicate effectively with artists, she has discovered, promoted, and collaborated with a wide range of photographers, artists, and directors.

As an enthusiastic participant in the ad industry world, Lisa conducts portfolio reviews for photography publications such as AtEdge, and her work has been featured in Photo District News (PDN), Lürzer’s Archive, Little Black Book and Contagious Magazine. She serves on industry panels and as a juror for the International Photography Awards (IPA), Advertising Photographers of America (APA), International Conference for the Picture Archive Council of America, Le Book Connections, International AICP Post Awards for independent creative, editorial, design, visual effects, color grading and audio post-production.