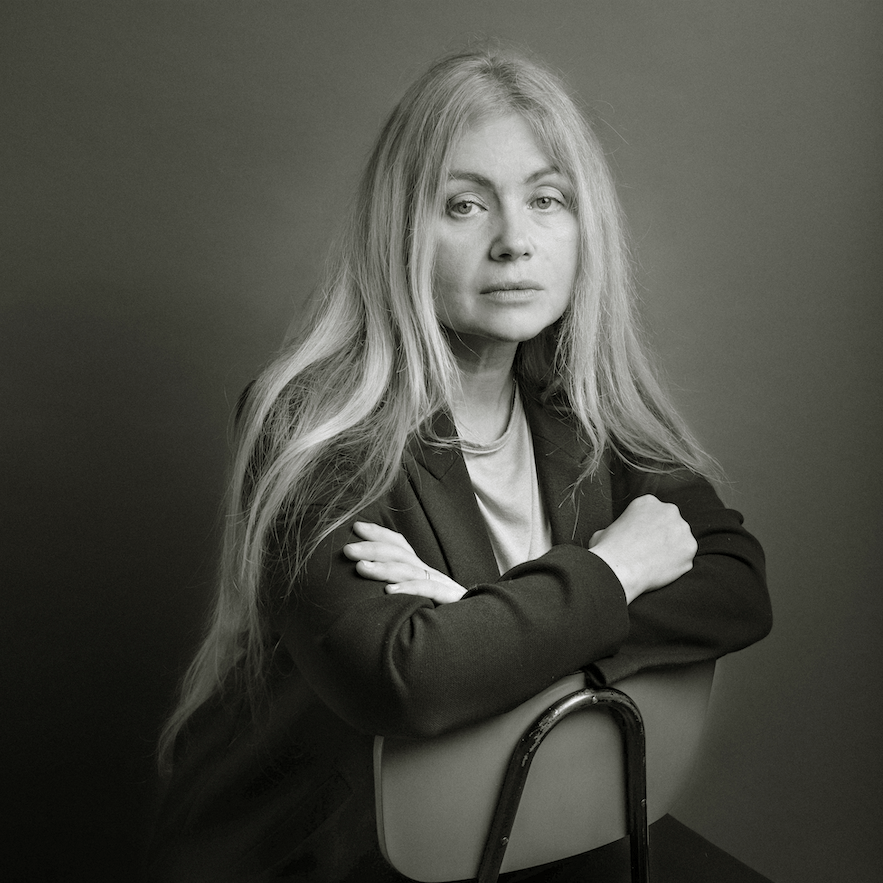 Q: You have quite a diverse background. You were born in the Soviet Union, but lived in East Germany, Kazakhstan, Russia, and from 2011, Italy. Tell us a bit about this journey.

A: I haven’t been in one place for more than five years. I guess I have never had no sense of home, that deep sense of belonging. All the movements of my life have developed into a perpetual change of places that have never been home.

This kaleidoscope of movement has shaped me as a person. I was born in a small town in the large USSR, that no longer even appears on the map. I never had a father and lived with my mother long enough. She worked and I was free to do and explore, so I took all kinds of courses, from music to dance, from fencing to chess, from reading books to studying the Morse code. When my mother married, we moved to live in East Germany, in an air force district, because my stepfather was a military specialist. I distinctly remember the difference in living standards between these two countries and I still remember a letter I wrote to my cousin to tell her how happy I was to have found jeans in the shop. My stepfather, after reading it, tore it up saying I couldn’t write about it, but I didn’t understand why, so there was a terrible scandal at home.

I often skipped high school classes and took the train to go as far as money would allow me or I just laid in the wood reading tons of books. I was also the lead singer, guitarist and drummer in the school band. It was a very interesting period of creative development.

Q: You discovered photography relatively later in your life. How did this happen?

A: I guess Italy pushed me to be creative again. When you don’t speak or understand the language of the country where you live, you unconsciously start to focus on details, gestures, points of view, everything that helps to visually perceive information. Italy is probably the place where my visual journey began.

Q: Your winning project at IPA 2019 was “The poetics of childhood”, with intimate images from your private life about the various aspects of the childhood phase. Tell us a bit about the idea behind it.

A: It’s a random, unconscious, very instinctive project that developed year after year and one day there was so much material that something had to be done.

It wasn’t even an idea, just a desire, a forced need to build a relationship with children in an artistic context. Being open to the world, not being shy about your body, loving, growing, changing and trying to do something interesting with what you have always at hand.

Q:  How did your children like the idea of being photographed?

A: It was important for me to photograph my children in houses with their own history, houses that we had “invaded” to spend the summer and that would temporarily become ours. In those places I cooked, did the laundry, raised my children, and as a declaration that the houses were mine (at least for a month), I photographed my children there. It was time we spent together, and it was precious to us. At the beginning of my passion for photography, I told them that what I was doing was very important to me and that I could do nothing without their help. Surprisingly, that was enough, and I didn’t have to hear any protests. Now I have my tricks that work. For example, I hardly ever had a photo session without warning them first, they know in advance when I want to do it.  The more I shoot, the more they know what I expect from them. In any case, we never exceed 15-20 minutes of session, because if they get tired, it’s not effective.

Q: What other topics interest you in photography?

A: The human being and the human nature are probably the most interesting subjects for me. I am in love with humanity, with its’ diversity, its’ emotionality, its’ culture, with all that is good in it and with all that is bad in it, I am in love with human nature. That’s why the portrait, for me, is the most interesting and difficult photographic genre.

Now we live together with my mother, who had to move to Italy because of advanced Alzheimer’s disease. Photography has become our way of communicating and perhaps the best way to spend time together. She’s willing to be photographed and she trusts me. It is not only an opportunity for me to talk about her, about us, but also a great responsibility. This project is in its formative and exploratory phase.

Q: What does this recognition from IPA mean to you?

A: It was a very positive, very beautiful, very exciting experience. When I left and my husband and I got on the plane from New York to Milan, I realized that everything was over, I cried and I couldn’t stop, I said: “Do you believe it? It happened to me!”.

Awards are a responsibility and give you the satisfaction of knowing that you are going in the right direction.

Q: In which direction would you like to move in photography?

A: I change, the world around me changes, my vision of photography changes, I ask myself more questions that are not always answered. Is photography a search for yourself, for your place, for your voice or is it an opportunity to tell the stories of others? Who should be represented more in my photos, me or the character?

What’s next? I’m not sure about this, but I know for a fact that I’ve already lived most of my life without photography, so I can’t afford to stop now.

Q:  Lastly, how does this difficult period affect your motivation to take pictures? Did your relationship with the medium change?

A: This is the time of the snail holed up in his house. A period of rethinking and loneliness, a period of strong feelings, fear and hope. I think all this will be seen in the photographs, so you must take a camera and shoot, shoot, shoot.