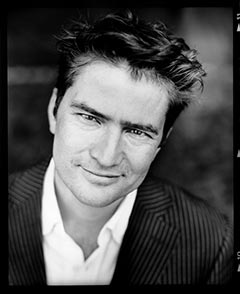 Michiel Munneke (43) is managing director of World Press Photo, an independent, non-profit organization, founded in 1955 in the Netherlands. World Press Photo is committed to supporting and advancing high standards in photojournalism and documentary storytelling worldwide. Munneke holds a master’s degree in Communications from the University of Amsterdam.

He joined the World Press Photo staff in 1995 as project manager Exhibitions. In 1997, Munneke became head of the Professional Projects and Education department. Supervising a team of 4, he was in charge of the annual contest and the Joop Swart Masterclass. During this time, Munneke initiated several workshops for local journalists in Africa, Asia and Latin America, which laid the foundation for World Press Photo’s current educational programs. Munneke was appointed deputy managing director in 1999, and in 2001 managing director of World Press Photo.

He lives in Amsterdam with his wife and two children.