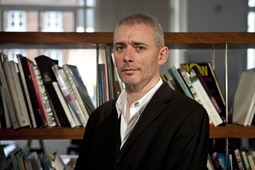 NIGEL ROBERTS first worked at Leagas Delaney in the mid 90’s, following several years as a copywriter at Saatchi & Saatchi and then DMB&B. He left Leagas Delaney in 1997 to take the role of Head of Copy at TBWA, then Creative Director at Ogilvy and then AMVBBDO.

Over the years, he has had work honoured in the major awards schemes around the world, including Cannes, D&AD and The One Show, for clients including The Economist, Qantas Airlines, AOL, Waterstone’s Booksellers, The Prince’s Trust and Nissan.