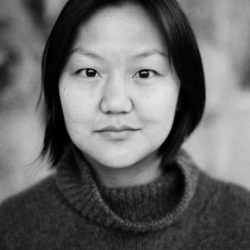 Pei Ketron is a photographer, educator, and speaker based in San Francisco. Pei was born in Taiwan and raised on the Navajo Nation in Arizona as part of a biracial household. As a child, she spent summers enduring the monsoons of the tropics and the remainder of the year running barefoot in the deserts of the American southwest.

Pei holds a BA in Psychology from Pomona College and an MA in both Special Education and Assistive Technology from Simmons College. In addition, she holds a credential in Educational Leadership and a certificate in Digital Marketing.

After a decade teaching special education in the public school system, Pei now teaches photography classes privately and through companies such as Creative Live, the Image Flow, and the Santa Fe Photographic Workshops. She also serves as a photographic mentor for travel experiences with companies such as Passion Passport and has spoken at events such as Adobe MAX, SXSW, Alt Summit, and Start Conference.

In addition to her experience with DSLR and medium-format film photography, Pei is also an accomplished mobile photographer. She has amassed a following of nearly a million users on Instagram and was selected to be a part of Apple’s first Shot on iPhone campaign.