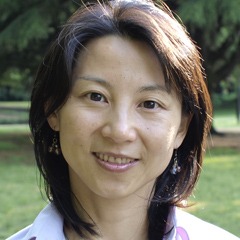 Born in Japan, Sayaka Ikemoto joined Asahi Shimbun (newspaper) as a staff photographer in 1993. After working in the journalism field, she became an assistant to the underwater photographer Mr. Ikuo Nakamura in 1995, and went on to become a freelancer. From 2000 to 2002, she went to study photography in Paris, after which she began to pursue various projects as a freelance photographer based in Tokyo.

Capturing the undersea (large creatures, school of fish, underwater seascapes, etc.), and human activities (people in the city, during travel, and on the stage, e.g. classical music and dance), she shows no limits in her subjects pursuing other fields (arctic region, aurora, etc.) as well, with her theme “Life on Earth”.

She has also taught photography in Tokyo (she has been teaching darkroom work since 2002 and is an instructor at Nikon School since 2008), whilst writing articles for magazines and judging in various photography contests. She was one of the judges of the Nikon Photo Contest International 2008-2009.