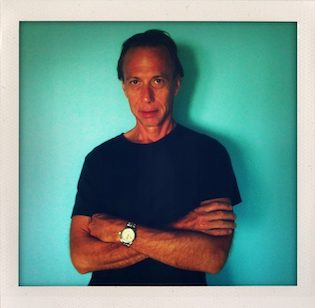 SCOTT THODE is a Director at Visura.co. He is also an independent curator and editor. He co-curated with Kathy Ryan LOOK3 Festival of the Photograph 2015. He was the Visuals Editor for E.O. Wilson’s Life On Earth, a new and innovative Biology E-Text Book along with a new E-Text Book on Malaria. He was also the editor of VII The Magazine for three years. He is on the Board of LOOK3 Photo Festival in Charlottesville, Virginia. In 2011 Scott co-curated the festival with Kathy Ryan. Scott was the Deputy Picture Editor at Fortune Magazine. Scott also co-curated with Kathy Ryan “Goin’ Mobile” at Cortona On The Move Photo Festival in Cortona Italy. In September of 2012 Scott along with Kathy Ryan co-curated for The School Of Visual Arts “Myths and Realities”.

On July 4th, 2012 Scott debuted a video piece he created for the Homecoming Project in Austin Texas. The film looked at the U.S. Military personnel at war and at home and was accompanied by a live performance by the Austin Symphony Orchestra. In February of 2012 Scott was a curator at the inaugural Photofest Queretaro in Queretaro, Mexico. At Photofest he created three unique exhibits and three 360-degree videos that were exhibited in a dome specially built for the festival. He was nominated for a Lucie Award as Photo Editor of the Year. As a photographer Scott was the recipient of numerous photography awards and his work has been exhibited at Visa Pour L’Image in Perpignan, France, The Bienalle Internazionale di Fotografia in Turin, Italy and The Colonnade Gallery in Washington, D.C.

Scott teaches at The School of Visual Arts. He participates in many photo symposia, workshops and judges numerous Photography Awards. Scott lives in New York City with Kathy and their daughter, Sylvie.