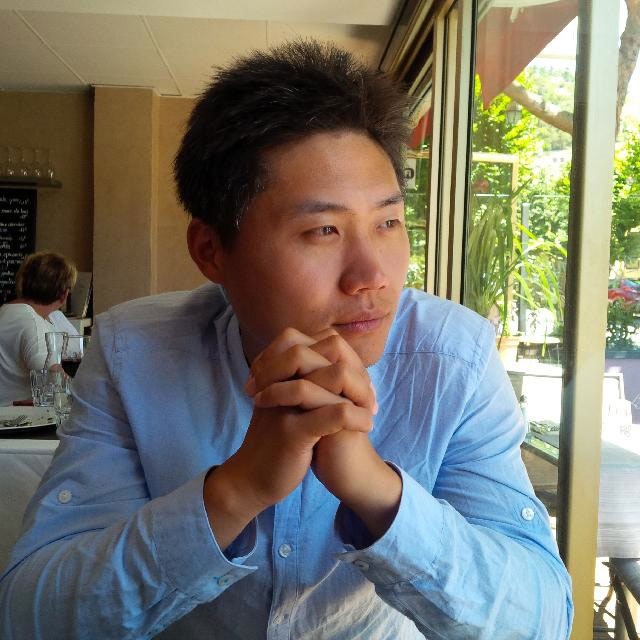 I am a Chinese-born British photographer based in Manchester, Northwest England. Having studied IT, worked in supply chain and banking for a short while after graduation, I continued further in Media Technology, started to produce short films and music video, eventually focusing on stills photography.

I have been working professionally as a photographer for six years now.

Portrait, landscape, and architecture are what I focus on.

Beauty in the subtlety, never give out answers in a photograph, always intrigue and raise questions, less is more, a substance first, style second.

My style changed according to my understanding of the people and the world around me. I used to pay attention to particular “looks”, perhaps too much emphasis on that. Now I focus on the story or substance, only use subtle styles to compliment what’s already there. Less is truly more.

It’s hard to pinpoint a particular photograph for that, many of them leave a lasting impression on me. But one thing they have in common is the certain mystic they hold, it could be culture, environment or the people.

When I picked up my friend’s compact digital camera in 2003, I only returned it after I bought my first DSLR, about a year and a half later.

My first personal project was to create athlete portrait series at Special Olympics Games, it was also my first encounter to really get to know people with various learning difficulties, many of who have down syndromes. The amount of effort they put in their lives just to be able to do things as a normal person does is extraordinary. Their attitudes towards life may seem normal in their eyes but it was incredibly humbling and inspiring to me.

What’s your most embarrassing moment related to photography?

There were too many to mention! But if I had to name one, it would be a period when I was so hung up on “gear”. It was an early morning indoor shoot by a swimming pool. Despite the low level of lighting available, I insisted on shooting with digital medium format cameras at low ISO for the “image quality”, yet ended up with complicated lighting setups that took up the precious shooting time, and the client only needed a print size of A5 for a cover!

For then on, horses for courses all the way!

During my degree studies, I worked in supply chain management for a year, and as an investment banker for a short period after graduation. Both lasted long enough for me to realize that:

a) 9 to 5 in an office wearing shirt and tie isn’t for me;
b) work for money isn’t good for the heart.

For the past two years, I’ve also been working as a documentary producer in the UK, working with both Chinese and British productions.

My dream project should take me deep into other people’s world, to capture them and their environment, to tell their stories that resonate with a wider audience. If that involves travel to somewhere exotic, it would be a bonus!

I would most probably become a filmmaker.

Very good question, but no easy answer. I guess if I look at the body of work after a long period and didn’t have the urge to change anything, that would be a good sign.

The campaign photo I shot for Manchester’s first cycle cafe was one that I am very proud of. The idea came from looking at cups and saucers in a meeting with the owner, very quickly that grew into something solid and feasible, and we shot it three days later, in time for the Christmas launch. The process from an idea inception to final execution is hugely rewarding, you really feel the ownership of the final result, especially when the client put their confidence in your vision.

What is your most important gadget? Is there something you can’t live without in your studio?<s/trong>

Is this a tricky question? There are hundreds of gadgets we deploy in our work, it would be really unfair to pick one over another. Rocket blower, your best friend to keep dust away from lenses and camera sensors.

At the age of 13, I won a national competition to take part in a desert summer camp for two weeks. My dad gave me his Yashica SLR camera with a 50mm lens the night before the trip, taught me how to focus, check exposure and off I went. That was the first time I took pictures. The reason or reasons why I take pictures changed over time. At the beginning it was mostly curiosity, that turned into seeking for beauty, then became a way of entering other people’s world and to impress people; gradually that grew into means of making a living. To say why it would be the combination of all of above, just sometimes one outweighs some others.

I now shoot 90% with Sony A7II mirrorless cameras. The combination of its capabilities, lightweight, superb image quality and versatilities made me switch from medium format digital and Nikon. For work that requires higher resolution, I simply hire Phase One camera and backs.

Photographers can play many different roles in society depending on the discipline and industry they work in.Generally speaking, I think we function like a medium, go between (if there is such a word). We always deal with two sides of a spectrum, and it is our work that bridges both sides. For example, commercial photographers produce work for manufacturers and consumers; documentary photographers capture parts of societies to share with the other; fine art photographers create work that allows ideas to connect with viewers’ imaginations and emotions.Having said that, our society itself is changing rapidly. Our knowledge of the world, technology, new ideas and concepts, everything is adding to the social shift and no doubt the roles of photographers will do so accordingly.

Exciting times ahead, I say!