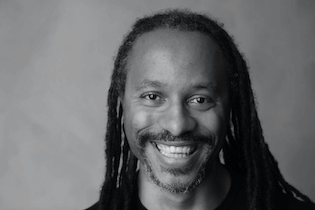 UNIVERSITY OF NEBRASKA-LINCOLN
PROFESSOR OF PRACTICE

Shoun Hill is a photographer based in New York City. Originally from Frederick, MD., Hill began photographing professionally in 1993 for The Gleaner in Henderson, KY., after getting his Master of Arts degree from Ohio University.

He has worked as a staff photographer for newspapers in Memphis, Tenn., and Orlando, Fla, and as a Photo Editor on the National Desk of the Associated Press in NYC. At the present time, he is a Professor of Practice at the University of Nebraska-Lincoln. While a staff photographer, Shoun photographed Super Bowls, NBA basketball games, and presidential elections. He has been a part of gallery shows in Harlem, Mahogany Exhibition, Harlem Hospital, which is still up, the Now Wow Project, Hudson Gallery, Sylvania, Ohio; Spring Show for Emerging Artist, Chicago; Camera USA, The von Liebig Art Center, Naples, Fla., and Juried Exhibit, Frederic Remington Art Museum, Ogdensburg, NY.