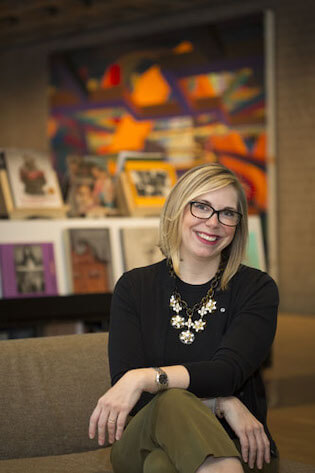 Tiffany Sprague, Director of Publications and Editorial Services at the Yale University Art Gallery, has overseen the Gallery’s scholarly publishing program since 2005. During her tenure, the publishing program has tripled in size and has received more than three-dozen editorial and design awards for publications, including the George Wittenborn Memorial Book Award for Stuart Davis: A Catalogue Raisonné. Her recent titles include Matthew Barney: Redoubt; American Glass: The Collections at Yale; and a successful series of monographs by Robert Adams and Lee Friedlander, which have received commendations from Photo-Eye Magazine, the New York Times, the International Photobook Festival, and the Lucie Awards.

Prior to her position at the Gallery, Tiffany worked at the Metropolitan Museum of Art and Rizzoli International Publications, both in New York. She holds a Master’s degree in art history from the Institute of Fine Arts, New York University.