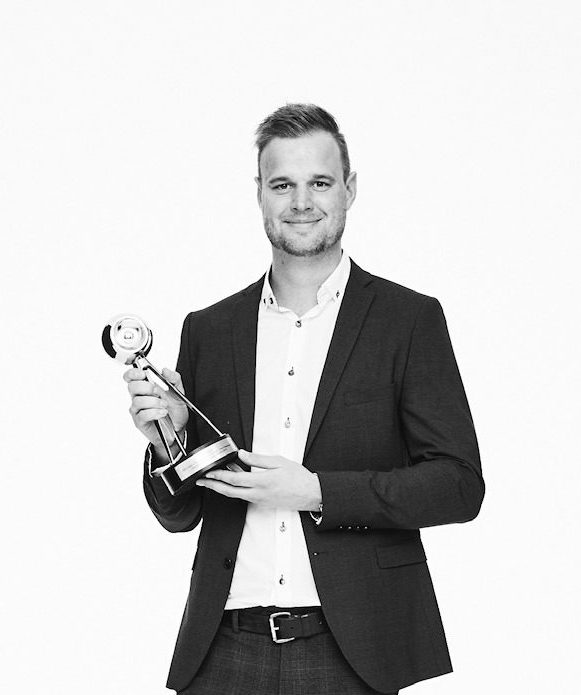 WINNER, STILL IN MOTION / VIDEO PHOTOGRAPHER OF THE YEAR (NON-PRO), 2019

Q: Would you start by telling us a bit about your background?

A: I was born in Aarhus, Denmark 1985. My parents got divorced when I was little so I spent a lot of time traveling between cities, but I would say most of my childhood was spent in Holstebro, a city in mid-western Denmark. I have always liked to do all kinds of sports, mostly something adventurous like scuba diving, rock climbing etc. I love to travel and have been traveling all over the world.

Q:  When did you start to develop an interest in photography / videography?

A: In the last year of primary school I had to make a project about my dream education and at that particular time I wanted to become a cinematographer because it sounded exciting! I quickly found out how difficult that was to achieve, and I did not know anyone related to the film industry. So, I became a blacksmith instead. I really liked that education, but I also knew that it was not something I wanted to do for the rest of my life.

I have always liked to take pictures but before I found the right path I had to sail at an old full rigged ship around Europe, become a firefighter, and climb Kilimanjaro eight times as a tour leader. Just to highlight some of my many adventures.

I documented the Kilimanjaro trips with photos and video: footage about the journey of my group and how they reached their goal to the top of the mountain. When I got home, I realised that a new path in my life had started.

I moved to Norway to pursue this dream and this summer 2020 I am graduating as a cinematographer from The National Film School of Norway.

Q:  What do you enjoy the most in this genre? Who or what inspires you?

A: Telling stories! There is no right or wrong way to tell a story but trying to find my way of doing it through stills or motion picture is what I enjoy the most. In my work I like to create the mood and compose the picture that fits the story.

Q: Your winning project at IPA 2019 was “Inga”, a project about Inga herself reflecting about love, death and the old age in her memoirs. In the video, we watch her taking the morning ritual bath in the cold lake. Tell us about Inga and how you got the idea of documenting her life in this way?

A: I wanted to do my own project as a cinematographer and storyteller.

I was inspired by another project to do a portrait of a person and I liked that concept of telling a short story of an ordinary human being because everyone has an interesting story to tell. I am sure about that.  Inga herself kept asking why I wanted to make a movie about her. She was nothing special after all, just an ordinary old woman…

But it can be difficult to find that story and find a person that is relaxed around a camera too.

She was very open to the project from the beginning. The challenge was to find the story to tell. It took me about a month and a half from start to finish. I started visiting her a couple of weekends in order to become confident with each other. I recorded our conversations about her life and took still pictures of what she did during the day.

It was first at the end of my research that I got this Idea of trying to make it more as a poetic reflection of her life. What I found out personally is that beauty has no age and that becomes the story of my pictures. I think this old body is so beautiful.

The biggest challenges for me I think was to ask her to be naked. But she just said. “I have nothing to hide or be ashamed of, I am too old for that.”

Actually the film I submitted to IPA is only one of two chapters about Inga.

A: I learned a lot about myself because I had never done such a project before. A lot of confidence and proof that good storytelling has nothing to do with high end equipment. I shot this film on a Panasonic GH4 in HD with two small lamps and a microphone.

What I learned from Inga is to open my eyes and see what beauty there is in front of me. In this example it is her and all the small things about her you don’t see at first.

I am sure I know more about Inga than most of her family and more than I know about my own parents. Actually, I think everyone should sit down with their parents and grandparents and ask them to tell about their life as far as they remember. You realize how little you know about your own family.

Q:  What does this recognition from IPA mean to you?

A: It means a lot to me personally! I am very proud, and it was a very big experience to go to New York for the IPA Best of show opening exhibition and get the trophy and the Nomination for the Lucie Award in Carnegie Hall. My phone didn’t ring with a job offer because of it. But I still hope that it makes a little difference when someone is looking for a Photographer.

One thing it inspired me to do is making a more completed exhibition about Inga. So, the 28 of May I am opening an exhibition in Lillehammer, Norway, called, “The only difference between you and someone young, is that you have been young longer.”  It sounds better in Danish. But the exhibition is still pictures from my process with Inga, and sound bites with her telling about her life and the film.

Q:  What are your hopes for the future?

A: I want to start a lovely family and get my career as a cinematographer kicked off and make films all over the world. This is my biggest dream for my career. And hopefully someday another email is coming in saying, “Congratulations you are the winner…”  🙂